On a morning soon after his death, I began to email my late father, sending him messages almost daily.

My father passed away in December, 2021. His email account remained active for four months after his death, and during that time I sent him almost daily emails. When his account finally closed in April, I was shocked to realize how much I was going to miss sending those regular emails to him. 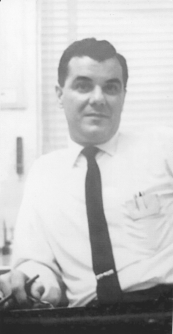 You see, Dad never became very technologically competent, so his voicemail was actually set up under my voice. It was I who told callers that they had reached his number. I was also usually the person who went through his messages for him, remembering the password that he could never recall and dialing into the account; listening to each memo and noting it down; telling him who had called and what they wanted, and deleting or saving his messages.

Yet despite the fact that, after answering machines became passé, Dad could never quite get the hang of voicemail, he managed to adapt to email and even enjoyed it. He often needed help with the minutiae of his email program—adding or deleting contacts, downloading photos or videos–but Dad loved email. He received and forwarded an endless stream of jokes and cartoons and highly-opinionated articles. Never more than a “two-finger” typist, Dad was still able to initiate simple emails and transmit them (aIthough I never managed to convince him that TYPING IN ALL CAPS was considered shouting!)

Following Dad’s death, I spoke with many people who continued to call a deceased relative’s voicemail for weeks after the individual had died, until the disconnected number was transferred to a stranger. They yearned to hear their loved one’s voice again; they just wanted to say, “I love you; I miss you.” Sadly, I couldn’t do that with Dad’s voicemail. There was nothing on his recording but my own voice.

Dad’s email account, though, was another matter. It remained active, and I was in charge of it. During the six months of his final illness, I’d spent hours sitting with him in his room at the care facility, logging in to read his messages aloud to him or turning the screen so that he could see the photos and videos. I laughed with him at the jokes, and typed to his dictation the answers that he wanted to send to a few select contacts.

Now, following his passing, I was still scanning his email account daily, checking for bills and clearing out spam. Often I sat with tears trickling down my cheeks as I notified contacts who had not heard of his passing, and reminded others to remove him from their mailing lists.

And so, having access to remove my own messages, I decided one morning soon after his death to begin emailing my late father, sending him daily notes. Sometimes I merely described the events of my day, just as I might have during phone calls and emails during his life. In other communiqués, I related stories of his little great-granddaughter, occasionally even attaching a photo. I discussed painful and distressing recollections of his last months, explaining to him how much some of those memories still hurt. Remembering how much he’d enjoyed eCards, I went to my favorite site and selected a birthday card to send him. Throughout the endless weeks I spent cleaning out the home where he’d lived for 58 years, I berated him, time and time again, for leaving such a gawdawful mess for my brother and me to sort out: the decades of accumulated paperwork that had to be shredded; the dirt and disorder and disarray of all his personal property. I reminded him when my birthday rolled around, and told him about my gifts. I railed at him for his years of smoking, the vile habit that destroyed his lungs and contributed to his death. I described the two men who arrived from a museum in Evansville to collect his hundreds of hand-crafted wartime aircraft models and his library of aviation history books, delighting in their excitement at obtaining his collection.

There was something healing about those emails; something much more cathartic than merely writing a letter and then discarding or even burning it. There was a sureness, a certainty, that I was, somehow, actually conveying my words to my father there on the Other Side.

The dismay when I could no longer do that was palpable. A few days after Dad’s email account closed, I found myself utterly at a loss, bereft of this unusual but therapeutic communication.

For four months, I grieved my father with each keystroke and each press of the Send button, and I sent that grief into the ether, trusting that he was waiting somewhere, eagerly receiving each of my messages; understanding my need to communicate; and, finally, simply glad that I cared enough to remember, and to still talk to him.

If you appreciated this essay, you might also enjoy the post “My Dad Called the Japanese ‘Japs'”, which was published April 6. You can find it by scrolling below, to the Archives.

2 thoughts on “Emails to Dad”

This site uses Akismet to reduce spam. Learn how your comment data is processed.